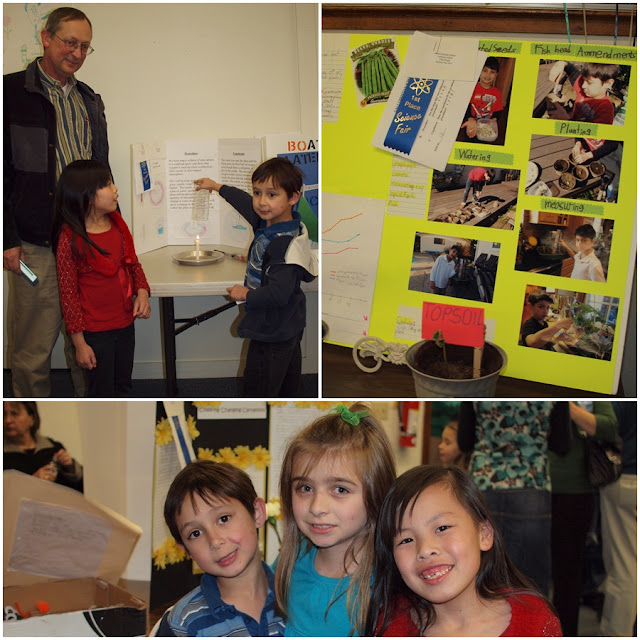 Last night the kids took part in their first Science Faire organized by their school. This event is held once every two years. We didn't know what to expect even though each family was given the guidelines on how to submit a project. The initial outline of the project was submitted a few weeks earlier. Good thing I spoke to one of their teachers who told me how to prepare the display board!

Doug and I were quite amused because the science project was mostly done by Doug. But we needn't feel so bad because almost all the students had some help from their parents especially the younger kids.

Before we received news about the Science Faire Doug had already showed the kids how fuel (fire) used up oxygen. He took a pie tin, filled it a little with water, lit a candle and placed a tall glass over the candle. After a while the flame (fuel) went out, and the trapped water under the glass rose a little, signifying the water taking the place of the oxygen that had been used up.

It was a pretty neat experiment and the kids understood the concept, so that experiment was what they presented at the Science Faire last night. Doug did a simple display board and drew pictures of how the experiment was conducted. We also had a pie tin filled with some water, candle, glass, and a lighter together with the display for demonstration. The kids were able to explain the concept of the project to fellow classmates.

It really tickled me because that science project won them first place for their class/age group!

There were some interesting projects from the other kids, and I was impressed by their display boards. Some had projects that took over several days or weeks to complete and they had pictures of the different stages of their project. They were very well documented with pictures, and results of their experiments were displayed with their display boards as well. 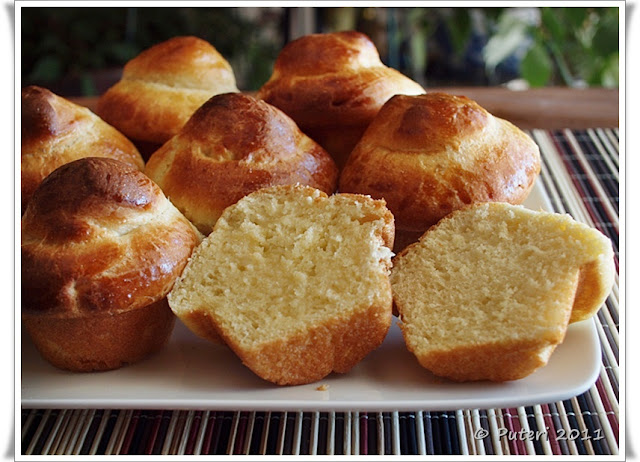 Brioches à tête
It almost seems unbelievable to me that I am now able to make bread! Fresh, home-made bread! For the longest time I was afraid of baking with yeast. My fear was almost confirmed because the very first bread that I tried to bake, did not rise! After more than two hours of resting, the dough had remained the same size. 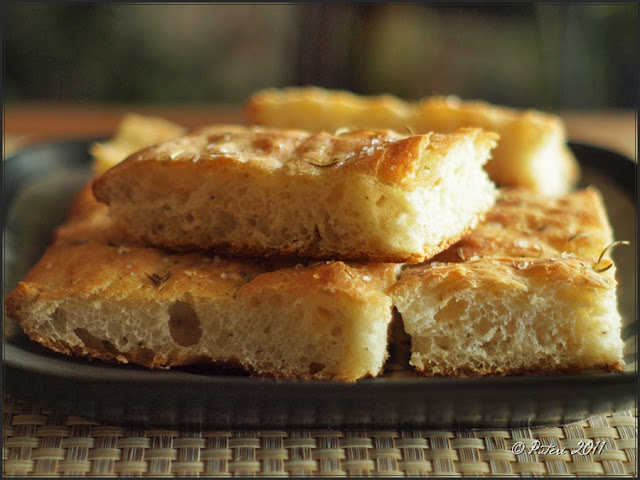 Focaccia with truffle oil
Thank goodness for the internet! I found the possible reason for the failure of the dough to rise. I did put in the butter and milk mixture into the yeast mixture before the butter and milk mixture had cooled sufficiently. Hot liquid is most certain to kill the yeast. But thank goodness, the dough could be saved by adding in a new yeast mixture! 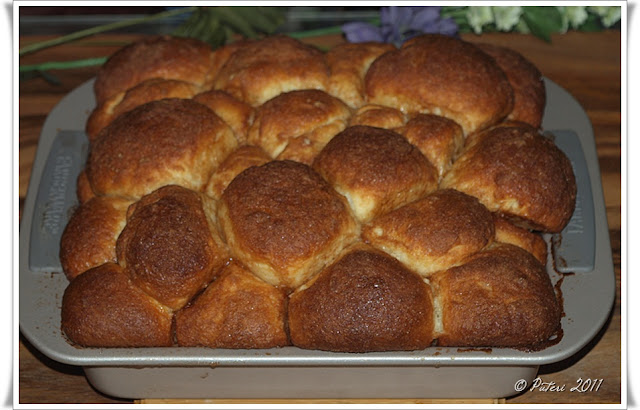 Monkey Bread
That was the first bread that I baked and that was like two weeks ago. Since that day I have baked brioches à tête, white bread, focaccia, sage flat bread, date and honey loaf, and most recently monkey bread. I cannot wait for all the bread in the house to be used up so I can try the next recipe! 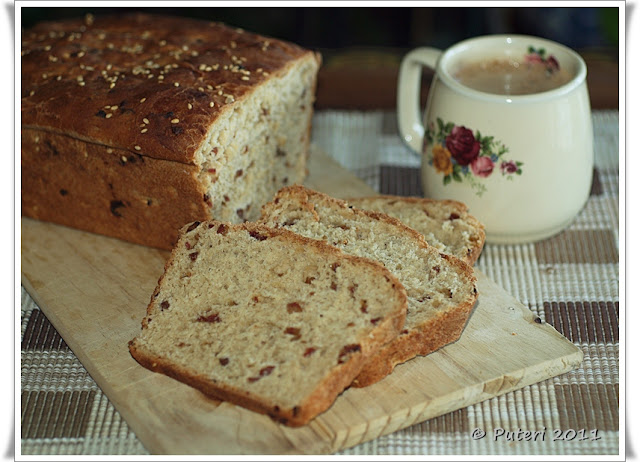 Date and Honey Loaf
I read some where that baking bread can be quite addicting! And I think I can now understand that feeling! Every successful bread becomes an incentive for the next project! I think the next project I would like to try is curry filled buns. I love those buns especially at tea time! Yum!

I bought two books on baking bread and one of them has recipes for gluten free bread and once the vital wheat gluten that I ordered through Amazon arrives, I would like to try baking bread with flour other than wheat. That should be interesting!
Posted by Puteri on Monday, March 07, 2011 No comments: