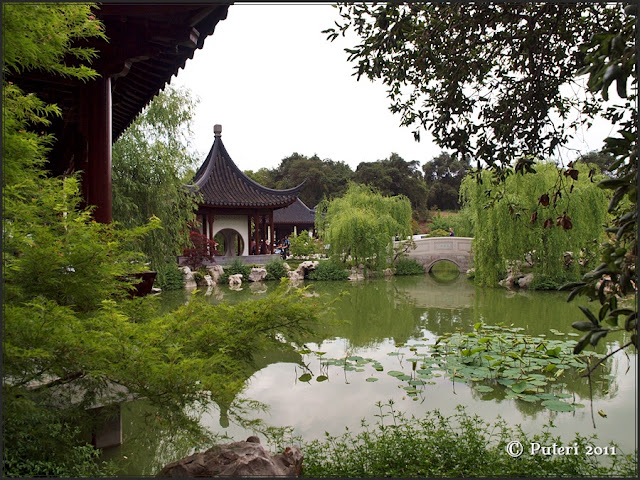 During the recent school spring break, we took a trip to Pasadena in southern California just so we could visit the Huntington Botanical Gardens. The road trip took us 7 hours but it was worth the time because I thoroughly enjoyed the day we spent at the gardens.
I didn't get to see the Japanese Garden because most of it was closed for renovation but the Chinese Garden was open and I loved the pictures that I took of it! Friends thought the pictures were taken in China! 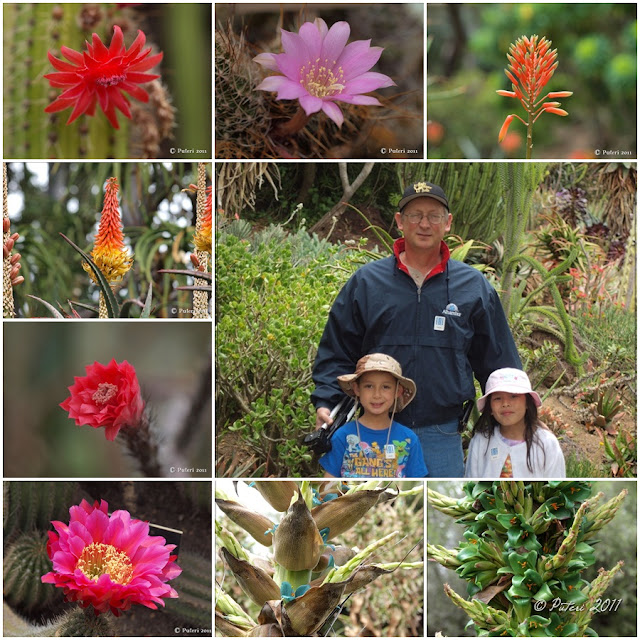 The Desert Garden was really something. I could easily have spent the whole day at this garden! I was very happy that most of the cacti in the garden were at the peak of their flowering season, and I had a great time photographing the cactus flowers - something that I don't normally see! 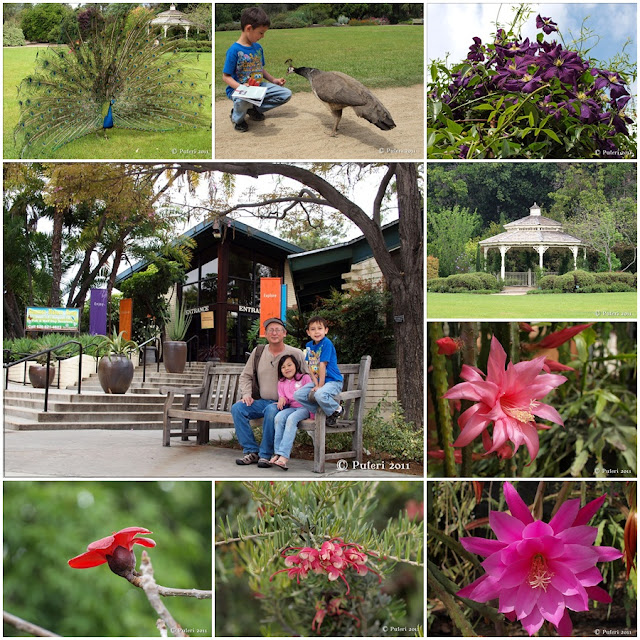 Before we drove home that weekend, we made a 2-hour stop at the Los Angeles County Aboretum because it was quite close to the hotel we stayed at. I saw flowers and plants that I did not see at the Huntington Gardens and was glad we made that stop! The Epiphytic cactus flowers were indeed spectacular!
This trip is one that I would not mind repeating.

Book Review: No He Can't

Barack Obama was swept into office with much euphoria on the slogan of "Yes We Can", and the message of Hope and Change. With such euphoric support, Obama had hoped to "fundamentally transform" the nation while in office.

In his book, No He Can't, conservative columnist and syndicated radio talk-show host, Kevin McCullough, clearly spells out in four sections the failures of the Obama administration. In the area of the economy, despite bailouts and stimulus packages, the economy has not improved and the number of the jobless is higher than the promised maximum of 8%. The no tax increase pledge on those making under $250,000 is just another empty promise, especially the cost the new healthcare bill will have on small businesses.

On the area of national security, if Obama had been successful and able to institute all of his own preferences and policies, Osama bin Laden would not have been captured and killed. Thank goodness that the Bush administration national security policies are still in place! The Obama administration prefers to try captured terrorists in civilian courts, and cut intelligence, defense, and national security spending, and ignore the real threat on the homeland from the jihadists.

When it comes to the values that we believe in, Obama disdains an individual's right to self-determination and pushes his agenda for more dependency under the guise of "caring for your brother." The healthcare reform bill was pushed through despite overwhelming objection from the voters. The Obama Justice Department refuses to defend the Defense of Marriage Act. And among the first things Obama did on taking office was to sign an executive order that re-instated taxpayer-funded abortions overseas.

Finally, in the area of accountability to the people, the Obama administration does not fulfill its promise of a transparent government. ACORN's questionable activities have been ignored, but Arizona's immigration law to protect its own borders, was worthy of a law suit by the Obama Justice Department.

These are just some of the Obama failures that Kevin McCullough outlined in his book, and I find it a great read, depressing at times to have my thoughts on Obama confirmed. But Kevin McCullough ended his book by suggesting that readers choose clarity over emotion, the kind of emotion that "Yes We Can" evokes, and with such clarity in place readers will be able to put a stop to efforts that are out to intimidate them out of their belief systems, and say "No, you can't!"

Disclosure of Material Connection: I received this book free from Thomas Nelson Publishers, as part of their Book Review Blogger Program. I was not required to write a positive review. The opinions I have expressed are my own. I am disclosing this in accordance with the Federal Trade Commission’s 16 CFR, Part 255: “Guides Concerning the Use of Endorsements and Testimonials in Advertising.”
Posted by Puteri on Monday, May 09, 2011 No comments: